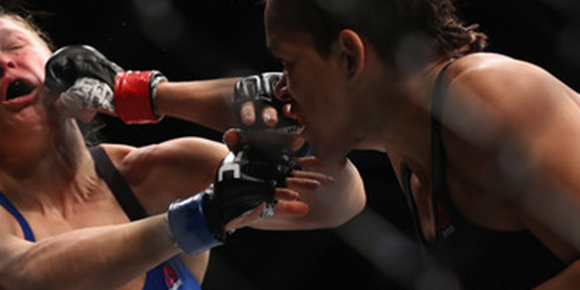 Truly disappointed about this one. She is a great fighter and a true warrior but all good things eventually come to an end.

Ronda Rousey was dominated in her return to the octagon.

For those out there that spent the money to watch Ronda Rousey’s comeback fight tonight on Pay Per View are probably asking for a refund right about now. Why? Because Ronda’s championship fight with Amanda Nunes lasted not even one minute into the first round.

That’s right, in similar fashion as her latest bout with Holly Holmes, Ronda once again got knocked out in the first round, :48 seconds to be exact. She was completely dominated from the jump, and lost by TKO.

In case you missed it, check out almost the entire fight (above).