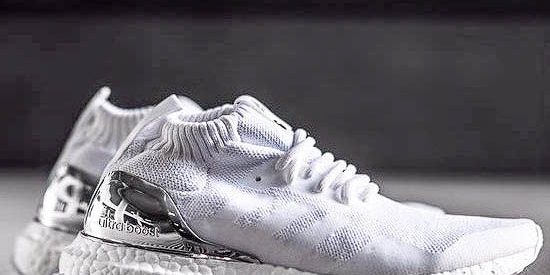 Adidas clearly wants to send a message before the holiday season and as a result, they are not letting up. Here’s the latest in a growing line of note worthy collaborations and a hint at things to come.

KITH’s own Ronnie Fieg continues his strong 2016 run. After unleashing a successful KITHLAND fashion show, previews of an upcoming collaboration with adidas have begun to surface. Initially stirring up a buzz via an adidas Ultra Boost Mid collaboration, another colorway of the same silhouette has seen the light of day. The crisp white sneaker rests atop the popular Boost technology with a metallic silver shine on the heel counter for an added sense of flair.

There’s no confirmed release date for these as of yet, but it’s safe to assume that once they hit shelves they’ll be gone rather quickly.