Marvel Is On A Roll With Their New 2016 Hip Hop Variant Covers. 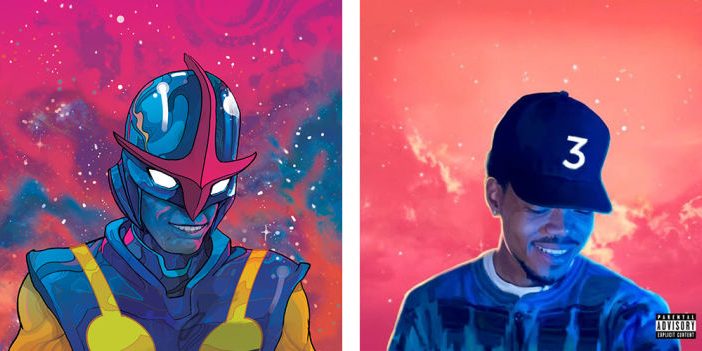 The Hip Hop influence on Marvel Comics has been surfacing a lot. The Hip Hop covers are a way

of admitting to it and not a shameless sales gimmick. The previous editions have been met with much love and fly off the shelves as if Jet Packs were installed. The Big Man at Marvel, Axel Alonso, is making leaps and bounds with these new Album covers. Legends and Rookies alike will be immortalized by Immortals, names such as LL Cool J, Wu Tang Clan, Big Daddy Kane, Chance The Rapper, Kevin Gates, and Salt-N-Pepa are swapped out for Heroes or Villains. This is true genius and elevates these greats to the standards of following set by the likes of Elvis Presley and Kiss. I am marvelling at the genius being expressed by Marvel Comics, yes pun intended.